Baltersan Castle is tucked away in a field just outside Maybole surrounded by cows grazing quite happily. Access is via the farmer’s field negotiating your way past the cows after finding a suitable place to park. This castle is probably lower on my list of favourites as it is quite inaccessible but none the less it is still an interesting structure.

Timothy Pont, a Scottish cartographer and topographer, described the castle in the 16th century as a stately fine house with gardens, orchards, parks and woods.

The site is fenced and locked off which is more than sensible given its current structural condition. I was able to walk around the whole structure to get a good look and then get the drone out for a further inspection.

This site has close historic links with Crossraguel Abbey in Maybole which is maintained by Historic Scotland. This abbey is certainly on my list of places I would like to go and see.

Baltersan Castle is a 16th century tower house of an L shape construction with the main turnpike stair being located inside the jut out. This wing is crowned by a corbelled watch chamber with a projecting window. At the base of this wing is where the main entrance to the structure is located. 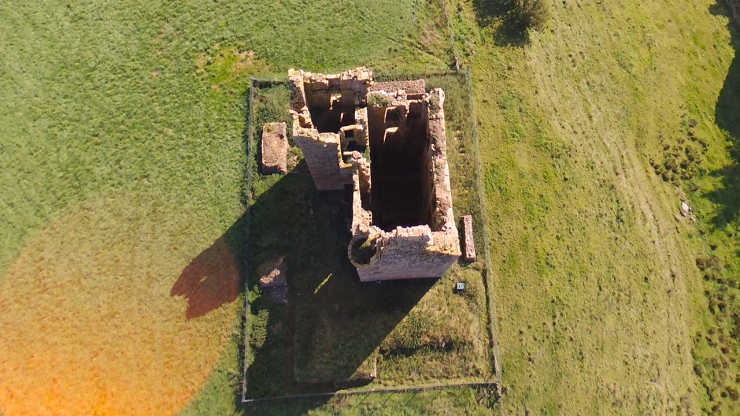 There are two corner bartizans, one of which can’t be seen anymore due to deterioration of the structure. There would have been four staircases spanning over the five levels. The kitchen would have been on the first level, the great hall on the second and the bed chambers in the subsequent levels.

The building has been on the market for quite some time, I hope it is bought and restored to retain this historic site. Although this tower house would require a huge amount of work it could be brought up to the same standard of the likes of Saddell Castle which was refurbished. Full planning consent and a historic Scotland grant offer worth around 25% of the rebuild budget is in place so you never know what might be in stall for this building in the future.

More detail on this castle and its history can be found online. I have created a couple of sketches of what the castle would have looked like in the past below along with other photographs taken. 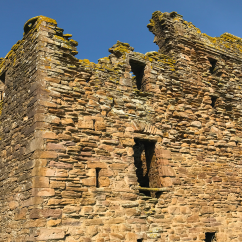 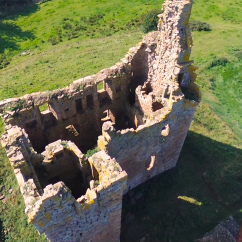 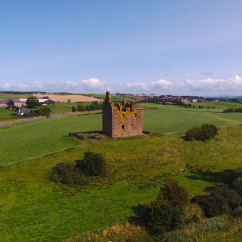 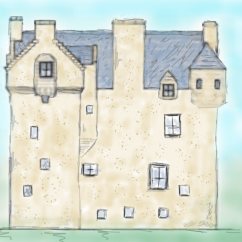 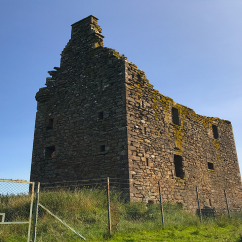