In this blog I will be discussing a recent case where we discovered an electrical pre-paid meter which had been bypassed. I will give a brief summary of the incident along with how social landlords can firm up their processes to minimise the risk within their stock.

Most social landlords will be acutely aware of what a meter bypass is. It is a process of tampering with the electrical installation so that the meter does not record the electricity that is being used. In most cases it is very blatant that this has taken place, some of the signs to keep an eye out for would include:

The reason why my recent case was quite unique was that there were no obvious signs of tampering as this was a very professional job. This makes it all the more important to remain vigilant when dealing with the electrical safety within properties.

Tenants that carry out this type of work not only risk serious injury or fatality but also fines or a prison sentence if caught.

In this particular case the property was receiving a new kitchen as it did not meet the Scottish Housing quality Standard. The contractor arrived on site and discovered that the meter had been bypassed. It was then passed to our main repairs contractor who confirmed that this was the case.

Within the consumer unit there was a blue wire which was connected to an unknown source which was keeping the installation live even when it was isolated. This wire could have been connected to a neighbouring property or a raft of other supplies. A visual inspection of this installation would not have discovered this issue as the meter seals were all intact and there was no visible damage or extra wiring which would raise suspicion.

The energy supplier was contacted and they sent out an engineer who made safe the installation and removed the offending wiring.   It transpired that the blue wire was connected to the service head although it had been very well concealed. The engineer stated that the blue link wire was starting to discolour and overheat and was only weeks away from failing which would have caused a much more significant issue.

This really shows the importance of conducting an electrical installation condition report before the start of a new tenancy and at subsequent regular intervals as this could have been easily missed by a visual inspection. It also highlights the need for photographic evidence during EICR’s to document what is found on site. A photograph of the inside of the consumer unit would allow the maintenance team confirm with certainty whether any alterations have been made.

The Housing (Scotland) Act 2014 sets out a duty for ensuring regular electrical safety inspections for private rented properties. It states that an EICR should be carried out before the tenancy starts and no more than 5 years during the tenancy. This does not apply to social rented properties so the frequency may differ depending on the management strategy in place.

Even though it is not a legal requirement to carry out an EICR before a tenancy starts for social landlords, from personal experience I do not know any landlord that does not get this check done as a matter of course.

A bypassed meter should never pass an EICR without being noticed but you must consider the control measures you have in place to ensure the inspection is thorough enough to minimise risk. 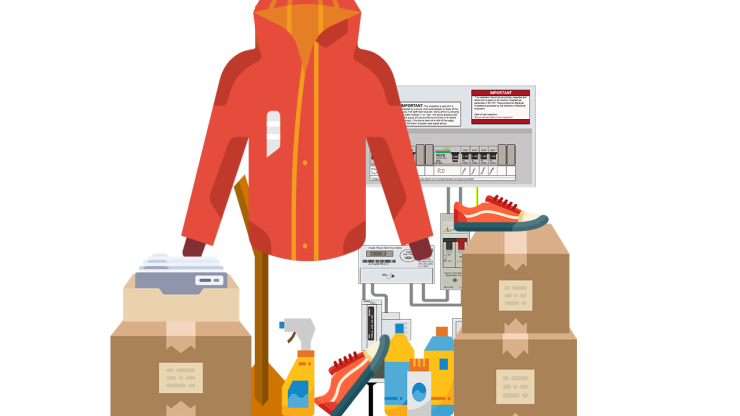 For more on Electrical safety, check out the blogs below: